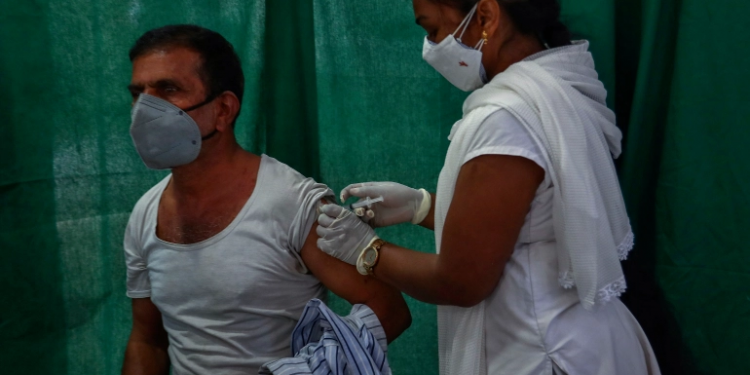 Prime Minister Narendra Modi says the federal government will take over the vaccination programme from June 21.

India will provide free COVID-19 vaccines to all adults, Prime Minister Narendra Modi has said, in an effort to rein in a pandemic that has killed hundreds of thousands of people and led to the world’s second-highest tally of infections.

Modi’s announcement came on Monday after weeks of criticism of a bungled vaccine rollout that has covered fewer than 5 percent of India’s estimated adult population of 950 million.

Health experts have warned that vaccination is the only way to protect lives from a feared third wave of infections after a surge in April-May overwhelmed hospitals in the big cities and in the vast hinterland.

India is the second worst-hit nation after the United States with just below 29 million confirmed COVID-19 infections.

Modi said the federal government would take over the vaccination programme from the states from June 21, reversing a policy under which states were partially running it.

Under the earlier policy, the federal government gave free vaccines to the elderly and front-line workers, and left state governments and private hospitals to administer doses for a fee to people in the 18-45 age group.
State governments were also competing against each other to procure vaccines from local manufacturers as well as foreign firms.

Several vaccination centres also shut down within days of the widening of the campaign to include everyone above the age of 18.

“We will increase the speed of procuring vaccines and also increase the pace of the vaccination programme,” Modi said.

Virus Lockdowns Ease in Some Areas

Last week, the government said it could have as many as 10 million doses each day in July and August, up from just below three million now.

Some hospitals said a uniform policy to distribute vaccines could ease the burden of procurement and prices.

“The centre would have a lot more clout in dealing with the multinationals … rather than individual states or smaller players directly negotiating with these companies,” Sudarshan Ballal, chairman at Manipal Hospitals, told Reuters news agency.

India has been inoculating its people with the AstraZeneca vaccine produced locally by the Serum Institute of India and Covaxin made by local firm Bharat Biotech. It will commercially launch Russia’s Sputnik V shots this month.
Modi said the government would allow private hospitals to have 25 percent of all vaccine supplies but not to charge more than 150 rupees ($2) over the cost of the dose.

“This [centralised inoculation policy] eliminates states having to compete with one another for vaccine supplies, leaving them to concentrate on distributing them rapidly to their populations,” Gautam Menon, professor of physics and biology at Ashoka University in New Delhi, said.

Overnight, India reported 100,636 new infections, the lowest in the world’s second-most populous nation since April 6, and well off last month’s peaks of more than 400,000, allowing authorities to reopen the economy partially.
The financial hub of Mumbai and the national capital territory Delhi allowed private businesses to bring back 50 percent of their staff to workplaces and partially resumed public transport.

Delhi Chief Minister Arvind Kejriwal also announced that city officials would conduct door-to-door visits to enrol those aged above 45 for vaccination.
Experts warn that while the crisis has eased in Delhi, Mumbai and other big cities, the disease is still spreading in rural areas and in some southern and northeastern states.

The death toll – which usually lags infection figures by several weeks – was still at elevated levels, they added.

“Currently, the states with high test-positivity rates like Kerala and Tamil Nadu need to maintain the restrictions as any major easing can be risky,” community health expert Rajib Dasgupta told the AFP news agency.