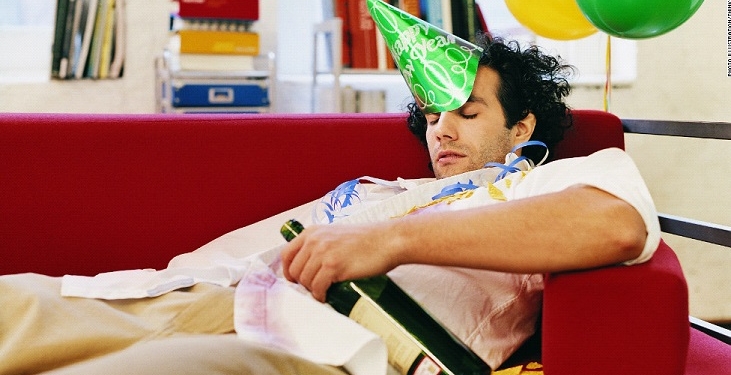 The medical term is used for several signs that arise after the consumption of excessive alcohol. These unpleasant signs associated with hangovers can be very disturbing. Frequent occurrence of hangovers can lead to disputes and bad performance at work.

It is believed, that more consumption of alcohol puts you at an increased risk of hangovers the second day. Though, symptoms associated with it normally resolve without the need of medical assistance, however can last for a day. Drinking moderate amount of alcohol can help you prevent the trauma of hangovers in the future.

What Are The Symptoms Of Hangovers ?

Normally, the indications of hangovers start when the blood alcohol tends to drop considerably and either reaches zero or close to it. As mentioned earlier, symptoms normally develop a day after heavy consumption of alcohol. Even though, symptoms rely upon the amount you drank, however; few common ones include:

The set of symptoms are known to occur due to the consumption of excessive alcohol. For few individuals, a particular drink of alcohol can cause the distressing signs of alcohol, whereas some may consume heavily and develops no symptoms at all.

What Are The Risk Factors Of Hangovers ?

Any drinker can develop hangover after the heavy consumption of alcohol, the very next day. However, few individuals are more likely to develop the set of symptoms. Hereditary variation that tend to affect the way alcohol metabolizes in the body can cause few individuals to get ill, sweat or flush even after the intake of little alcohol. One is at more risk of developing hangover, or intense hangovers in case of the following factors:

What Are The Complications Of Hangovers ?

Individuals with hangovers may face problems with their:

How Are Hangovers Diagnosis ?

The condition does not need any medical aid. However, in case of consulting a doctor, he or she will merely detect hangovers after being detailed with your symptoms, your drinking habits and history.

How Are Hangovers Treatment ?

Clearly speaking, time is the best treatment for your condition. However, following can help you feel good:

During the hangovers, avoid drinking alcohol, this will merely worst your condition.