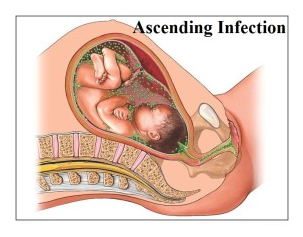 What Is Group B Streptococcus Infection?

Group B Streptococcus infection is the infection which is caused by the bacteria known as “Streptococous agalactiae”.

The bacterium is known to cause extreme illness and may at times prove to be fatal. The associated mortality rates are significantly higher in newborns, elderly and people with weakened immune system.

Moreover, it is likely to affect those with chronic medical conditions. These may include diabetes, obesity, cardiovascular disease, and cancer.

A gram-positive strep bacterium, Streptococcus agalactiae is generally found in the human body and does not cause any symptoms in healthy non pregnant individuals.

Group B strep infection is known to cause a variety of complications which range from meningitis to sepsis.

The incidence of Group B strep infection in adults increases with age, with the highest rate in adults 65 years of age

Causes Of Group B Strep Infection:

Group B strep bacteria are naturally found in healthy people. Such people may or may not exhibit any symptoms.

Neither is such bacteria sexually transmitted, nor transmitted via contaminated food or water.

Group B strep can spread to a baby during a vaginal delivery if the baby is exposed to fluids containing group B strep.

Moreover, some individuals with chronic health conditions can develop a more serious infection from group B strep. However, the reason this occurs in some people but not others isn’t known.

The major cause of strep infection in unborn babies is the transmission of the bacteria from the mother to the fetus.

Maternal risk factors that increase the chance of transmitting group B strep to the newborn leading to early onset disease:

Other risk factors in infants may include:

Symptoms Of Group B Strep Infection:

Diagnosis Of Group B Strep Infection:

Group B infection can be diagnosed via:

Treatment Of Group B Strep: