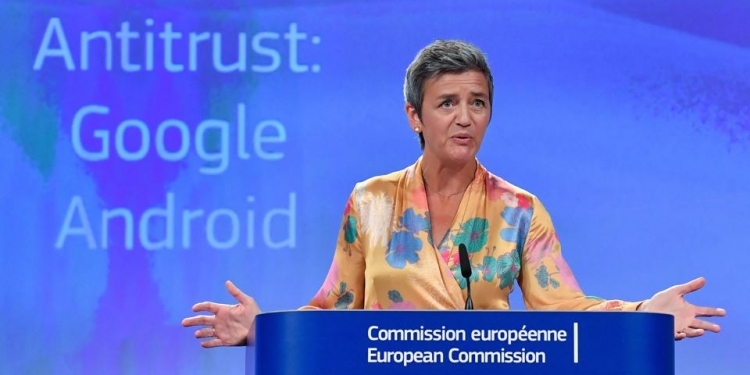 Find the Hot News, latest Health Care News and information on the top stories, weather, business, entertainment, politics, and more.
Today the Google has been hit with a record-breaking €4.34bn fine from the European Union for anticompetitive” illegal practices” relating to its Android operating system.

The European Commission says the company has used the software to unfairly expand its search engine dominance and “denied European consumers the benefits of effective competition”.

The $5bn charge, which Google will appeal, amounts to the biggest fine ever imposed by a regulator against a single firm. At a press conference in Brussels on Wednesday afternoon, EU competition commissioner Margrethe Vestager said Google had used its clout to ensure Android phones were “locked down in a Google controlled ecosystem”.

The commission said Google required manufacturers to preinstall Google search and browser apps if they wanted their phones to have access to the Google app store.

It said the company paid manufacturers and network operators to keep competitor search engines off their phones and also “obstructed the development of competing mobile operating systems which could have provided a platform for rival search engines to gain traffic”. Android accounts for 74 per cent of the mobile market.

The European competition authority says the company must “bring its illegal conduct to an end within 90 days in an effective manner” or face additional penalty charges.