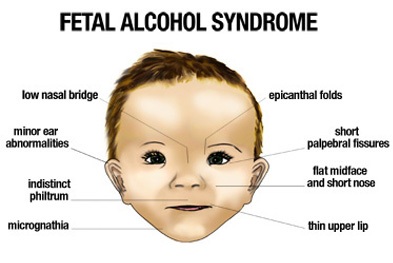 What Is Fetal Alcohol Syndrome?

Fetal alcohol syndrome is growth, mental, and physical problems that may occur in a baby when a mother drinks alcohol during pregnancy.

Cause Of Fetal Alcohol Syndrome:

Fetal alcohol syndrome usually occurs when a pregnant woman has more than four standard drinks per day while milder symptoms have been found with two drinks per day during the early part of pregnancy.

Drinking alcohol while pregnancy leads to:

The following exams and tests are conducted in order to diagnose fetal alcohol syndrome:

The Doctors May Also Assess:

There is no cure for fetal alcohol syndrome. The symptoms may persist for a lifetime. Yet treatment is available in order to manage it.

Intervention services which may help involve: