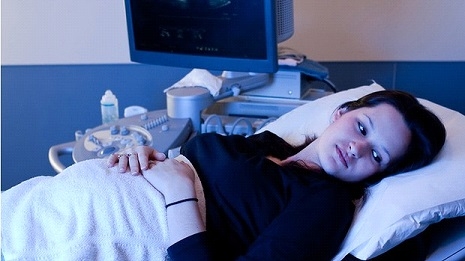 What Is Double Uterus?

The uterus in a woman’s fetus begins out as two tiny tubes. With the development of fetus, these tubes merge to form a larger organ, called uterus. At times, these tubes do not merge completely, whereas every one of them grows into a separate structure. Such a condition is known as uterus didelphys or double uterus.

In addition to this, every uterine cavity can have an opening, or the two can have a particular opening, medically termed as cervix. Few females also have two vaginas.

The condition is rare, whilst go unnoticed in some cases. The ratio of females with uterus didelphys is expected to be higher in the ones with a record of premature birth or miscarriage. Moreover, treatment becomes necessary in case it sources indications of complications, for example:

What Are The Symptoms Of Double Uterus?

As mentioned earlier, some cases go unnoticed as these women never develop any symptom, even throughout their pregnancy or delivery. Moreover, few females with the condition also have a divided or duplicate vagina. Common symptoms of double uterus are as follow:

In case you have experienced repeated miscarriages or have symptoms of double uterus, then it is important to consult your doctor. With an early diagnosis, followed by treatment, chances of conceiving, sustaining and safe delivery increases.

Doctors have failed to understand the reason behind the double uterus. Though, it is believed to be linked with the abnormalities of kidney. This indicates that something tends to affect the development of these allied structures, prior to birth.

What Are The Complications Of Double Uterus?

Majority females with uterus didelphys have healthy pregnancies and sex lives. Moreover, these also have normal deliveries. Though sometimes, abnormalities in the development of uterus, such as a double uterus can result in the following complications:

Females are at an increased risk of facing complications, in case the size of their uterine cavity is smaller.

How Is Double Uterus Diagnosed?

It can be detected while performing a pelvic examination, when the health care provider notices an abnormality in the shape of uterus or a double cervix. In such a case, the doctor can suggest any of the below mentioned tests:

How Is Double Uterus Treated?

In case of having a double uterus with no obvious indication, then treatment is not required. Rarely, surgery is needed to merge the double uterus. Even though, the option is effective in sustaining the pregnancy.

It is better to consult your doctor in case of having any symptom, or complication related to double uterus. With regular monitoring and treatment, he or she can help to avert preterm delivery.