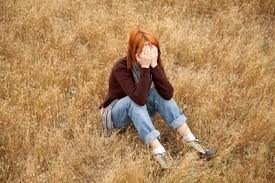 What is Dissociative Fugue?

It is a rare psychiatric disorder characterized by reversible amnesia for personal identity, including the memories, personality, and other identifying characteristics of individuality.

The state is usually short-lived (ranging from hours to days), but can last months or longer.

Dissociative fugue usually involves unplanned travel or wandering, and is sometimes accompanied by the establishment of a new identity.

It is no longer its own classification or diagnosis as it was in the DSM-IV, but now a facet of Dissociative Amnesia according to the DSM-5.

Furthermore, after recovery from fugue, previous memories usually return intact, but there is typically amnesia for the fugue episode

Dissociative fugue has been linked to severe stress, which might be the result of traumatic events that the person has experienced. Such events include:

Furthermore, the use or abuse of alcohol and certain drugs also can cause fugue-like states, such as alcohol-induced “blackouts.”

The following symptoms may be exhibited by those suffering from dissociative fugue:

Dissociative fugue is diagnosed via a doctor’s evaluation.

Sometimes dissociative fugue cannot be diagnosed until people abruptly return to their pre-fugue identity and are distressed to find themselves in unfamiliar circumstances.

The diagnosis is usually made retroactively when a doctor reviews the history and collects information that documents the circumstances before people left home, the travel itself, and the establishment of an alternative life.

Saira Shakira – Once Upon a December

Saira Shakira - Once Upon a December