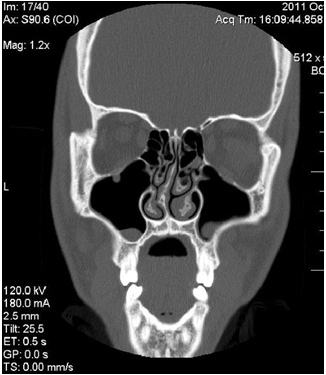 What Is Deviated Septum?

A deviated septum is a disorder of the nose in which the nasal septum , which is the bone and cartilage that divide the nasal cavity of the nose in half , is significantly off center, or crooked, making breathing difficult.

Deviated septum can be caused by either one of these reasons:

• Congenital disorder, caused by the compression of the nose during birth

• Impact trauma, causing an injury to the nose

• Genetic connective tissue disorders which include:

Only severe cases of deviated septum are known to show any signs or symptoms.

However, in severe cases, the individual exhibits the following symptoms:

• Obstruction of one or both nostrils.

More noticeable when one has cold or allergies, this obstruction makes breathing through the nostrils harder.

Deviated septum leads to dry nasal septum which in turn increases the risk of nosebleed.

Severe deviated septum is known to affect the inside nasal wall. This leads to facial pain.

• Awareness of the nasal cycle.

Nasal cycle, a normal phenomenon, is the changing of the obstruction from one nostril to another. In deviated septum, one becomes aware of this cycle where as generally it is unnoticeable.

• Preference for sleeping on a particular side.

If one prefers to sleep on a particular side in order to optimize breathing, a probable cause for this preference can be linked to deviated septum.

In order to diagnose deviated septum, the doctor would do the following examination:

• He will first inquire about the signs and symptoms.

• This will be followed by a physical examination of the nose via nasal speculum.

• Sometimes the doctor will check farther back in the nose with a long tube-shaped scope with a bright light at the tip.

• He may also examine the nasal tissues before and after applying a decongestant spray.
Based on the results of the above mentioned exam, the doctor would make his diagnosis.

In order to treat deviated septum one might either focus on managing their symptoms, or they might resort to surgeries.

Decongestants are medications that reduce nasal tissue swelling, helping to keep the airways on both sides of your nose open.

Antihistamines are medications that help prevent allergy symptoms, including obstruction and runny nose. They can also sometimes help nonallergic conditions such as those occurring with a cold.

1. Septoplasty (Repositioning the centre of the nose)