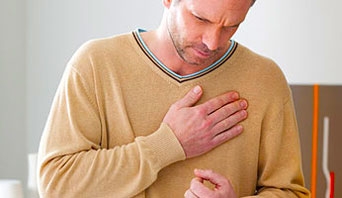 What Is Brugada Syndrome?

Brugada syndrome (BrS) is a genetic disease that is characterised by abnormal electrocardiogram (ECG) findings and an increased risk of sudden cardiac death.
It is a potentially life-threatening heart rhythm disorder that is sometimes inherited.
Many people who have Brugada syndrome don’t have any symptoms, and so they’re unaware of their condition.
It is treatable with preventive measures such as avoiding aggravating medications, reducing fever and, when necessary, using a medical device called an implantable cardioverter-defibrillator (ICD).

The heart of someone with Brugada syndrome is structurally normal, but there are problems with electrical activity.
On the surface of each heart muscle cell are tiny pores, or ion channels. These open and close to let electrically charged sodium, calcium and potassium atoms (ions) flow into and out of the cells.
This passage of ions generates the heart’s electrical activity. An electrical signal spreads from the top of the heart to the bottom, causing the heart to contract and pump blood.

Brugada syndrome is often inherited, but it may also result from a hard-to-detect structural abnormality in the heart, imbalances in chemicals that help transmit electrical signals through the body (electrolytes), or the effects of certain prescription medications or cocaine use.

Risk Factors For Brugada Syndrome Include:

Many people who have Brugada syndrome are undiagnosed because the condition often doesn’t cause any noticeable symptoms.
The most important sign of Brugada syndrome is an abnormal pattern on an electrocardiogram (ECG) called a type 1 Brugada ECG pattern.

Other signs and symptoms include:

The following tests and exam help confirm the diagnosis:

Brugada syndrome treatment depends on the risk of an abnormal heartbeat (arrhythmia).
Possible treatment options include: