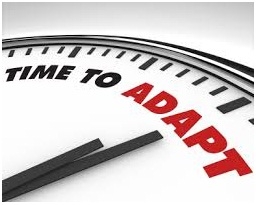 What Is An Adjustment Disorder?

Adjustment disorder is a short-term condition that occurs when a person has great difficulty coping with, or adjusting to, a particular source of stress, such as a major life change, loss, or event.

Since people with this disorder normally have symptoms that depressed people do, such as general loss of interest, feelings of hopelessness and crying, this disorder is sometimes known as situational depression.

Researchers are still trying to figure out what causes adjustment disorders. As with other mental disorders, the cause is likely complex and may involve genetics, your life experiences, your temperament and even changes in the natural chemicals in the brain.

Some events which trigger adjustment disorder include:

Signs And Symptoms Of Adjustment Disorder:

There are numerous symptoms for adjustment disorder which include:

Some behavioral signs of AD are

Most people find treatment of adjustment disorder helpful. The treatment can be divided into psychotherapy and medications.

Support groups can also be helpful by allowing the person to discuss his or her concerns and feelings with people who are coping with the same stress.

Medications can help with such symptoms as depression, anxiety and suicidal thoughts. Antidepressants and anti-anxiety medications are the medications most often used to treat adjustment disorders.

If stopped suddenly, some medications, such as certain antidepressants, may cause withdrawal symptoms.