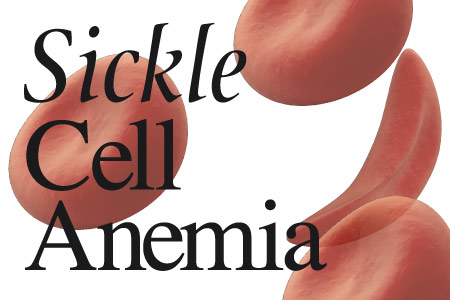 What Is Sickle Cell Anemia?

Sickle cell anemia is a hereditary blood disorder, caused by an abnormality in the oxygen-carrying protein haemoglobin found in red blood cells.
This leads to a propensity for the cells to assume an abnormal, rigid, sickle-like shape under certain circumstances.
Sickle-cell disease is associated with a number of acute and chronic health problems, such as severe infections, attacks of severe pain (“sickle-cell crisis”), stroke, and an increased risk of death.
Almost 300,000 children are born with a form of sickle-cell disease every year, mostly in sub-Saharan Africa but also in other parts of the world such as the West Indies and in people of African origin elsewhere in the world.
There’s no cure for most people with sickle cell anemia. However, treatments can relieve pain and help prevent further problems associated with sickle cell anemia.

The following tests and exams may help confirm the diagnosis: