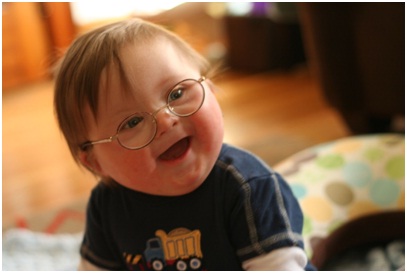 What Is Down Syndrome?

Down syndrome is a genetic disorder caused when abnormal cell division results in extra genetic material from chromosome 21.

Those suffering from Down syndrome have 47, instead of 46 chromosomes.

Causes Of Down Syndrome:

There are three genetic variations which are known to cause Down syndrome.

Caused by abnormal cell division during the development of the sperm or egg cell, the child has three copies of chromosome 21 (instead of the usual two copies) in all cells.

Caused by abnormal cell division after fertilization, in this rare form of Down syndrome, children have some cells with an extra copy of chromosome 21.

This occurs when part of chromosome 21 attaches itself to another chromosome before conception.

The following factors increase the risk of developing Down syndrome:

Symptoms Of Down Syndrome:

Some common symptoms exhibited by those suffering from Down syndrome include:

Diagnosis Of Down Syndrome:

The following tests are used to diagnose Down syndrome:

Treatment Of Down Syndrome:

The only treatment available for Down syndrome is team care.

One needs to rely on a team of specialists which include the following: