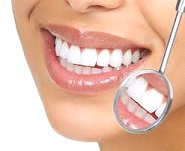 There are several dental issues. Our mouth is a quite small but it does several exercises at the same time. You should keep it healthy. We know and we have seen plenty of ads on TV to brush our teeth twice a day. Some of us have also been advised by our dentists to floss. Some cosmetic dentists add a tongue scrapping in the morning, which is a part of health. Some dental problems are discussed as well as how to avoid them.

Many doctors say that tongue is the main source of bad breath. Layers of bacteria get embedded on it, which results in bad smelling. The bad breath causes are dry mouth which is a natural phenomenon during sleeping, glandular condition, some certain foods such as garlic, onion. Some dentists say that post nasal drip also causes bad breath because bacteria get attracted towards phlegm and mucus.

Daily tongue scrapping is the suggested to avoid bad breath.

It is a typical disease caused by only three factors: smoking, bad oral hygiene and genetic susceptibility. Gum disease symptoms are not often shown until their 30’s. Periodonist is the most severe gum disease which can put you at a huge risk of heart attack. Bacteria affect your lungs and heart entering in your blood through gums. Some symptoms of gum disease are loose teeth, bleeding gums, bad breath, and swollen gums.

The treatment includes scraping tartar from the gum line. Mouth washes, antibiotics and surgery may be prescribed.

This issue is the most common issue found among people, it is caused by the beverages we drink and food we eat. Wine and coffee are the major culprits of yellow teeth. Some doctors also say that some teeth are naturally yellowish.

There are many counter options for it like drug store strips and laser whitening.

Cavities are caused when bacteria are left all alone in the mouth and are given time to cause a disease or damage in the mouth. It happens when small and tiny particles of sugar are left on and between our teeth. When carbohydrate is consumed a body they produce an acid waste product and dissolves in the tooth enamel. Then this bacteria start to spread in the mouth and live in the spaces between the teeth, it becomes difficult to clean through flossing and brushing.

The key to prevention is good oral hygiene, as well as parents should be very cautious as it is found mostly in the kids. A dentist may use a root canal or filling to treat this issue.

Have you ever thought why it becomes necessary for some people to remove their wisdom teeth while others don’t? Dentists say that if there is enough space in the jaw for them, they will not hurt while growing and you can have them forever. But in some people there is not enough room in the jaws which means they will only grow partially and pain a lot. Wisdom teeth can cause infection, they are removed through surgery.

Google Not to Launch Latest Pixel 4 in India Get latest news and Hot News about India. Google will...

The government’s emergency committee Cobra is to be updated on the police search into the...

Most Americans eat meat, but that does not indicate that they want the animals destined for their...

1.WOMEN WITH LESS OR NO MAKEUP ARE ATTRACTIVE TO MEN 2.MEN LIKE WOMEN WITH PEARLY WHITE TEETH –...