US to Send Support as India Battles Devastating COVID Surge 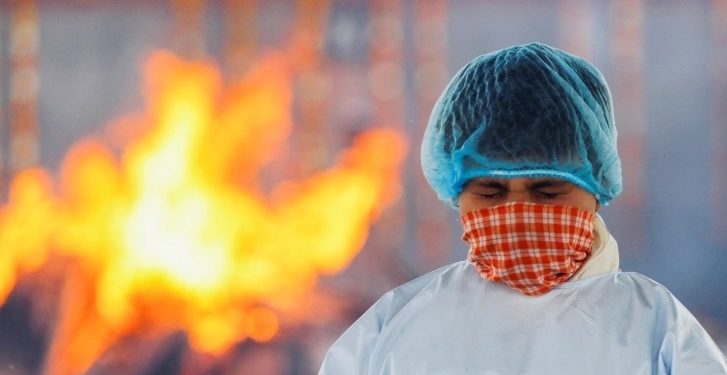 The United States has promised to send more Support to India as the country grapples with an escalating COVID-19 pandemic that has seen the country report world record high cases for four days in a row.

The US, which has reported more deaths from coronavirus than any other country, said it was deeply concerned about the surge in India.
“We are in active conversations at high levels and plan to quickly deploy additional support to the Government of India and Indian health care workers as they battle this latest severe outbreak,” a White House spokeswoman told Reuters news agency via email on Saturday.

The wave of cases has left hospitals running out of critical oxygen supplies and the government has deployed military planes and trains to get oxygen to New Delhi not only from other parts of the country but also overseas.
The number of cases across the country of about 1.3 billion rose overnight by 349,691, India’s Health Ministry said on Sunday, for a total of 16.96 million cases. An additional 2,767 people were reported dead from the disease, according to health ministry data, taking the death toll to 192,311.
But experts say the number of cases is probably many times higher and could rise further.

Officials from both countries are engaged at various levels to ensure “a small supply of inputs and components from US companies for production of COVID-19 vaccines in India,” a spokesman at the Indian embassy in Washington, DC told Reuters.

“We believe it is important to work together to identify both bottlenecks in medical supply chains and potential solutions for overcoming these [bottlenecks], and to combat the global pandemic together and expedite ongoing vaccination efforts,” the spokesman said.