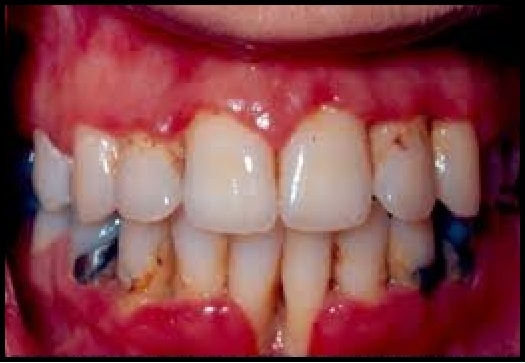 What Is Trench Mouth ?

Trench mouth, also known as acute necrotizing ulcerative gingivitis, is a non contagious and a common gum infection which has a sudden onset.

It is known to cause painful, infected, bleeding in gums and may also lead to ulcerations. It is relatively more common in developing countries than developed countries.

Classified as a necrotizing periodontal disease, trench mouth has a higher risk of development in those who have poor hygiene and those who indulge in smoking.

The name “trench mouth” was coined after during World War I as many soldiers developed the disease, probably because of the poor conditions and extreme psychological stress.

Trench mouth is caused by a mixed bacterial infection that includes anaerobes as well as spirochetes.

A weak immune system is unable to fight against harmful microorganisms found in the mouth. If such bacteria spread out of control, gums may get infected and trench mouth occurs.

It is also be associated with diseases in which the immune system is compromised. Th9is may include AIDS/HIV.

The following factors increase the probability of developing trench mouth:

The following signs and symptoms are exhibited by those who develop trench mouth:

Trench mouth can be diagnosed via: