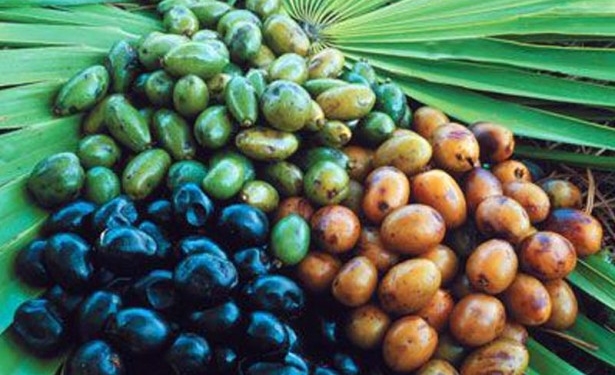 What is Saw Palmetto Berry Herb?

Saw palmetto berry is an herb plant which use to decreasing the symptoms of an enlarged prostate (benign prostatic hypertrophy, BPH). According to many different research studies, it is an effective for this use. This healing herb which is used for to treat the many types of prostate infections. It also sometimes used, for combination with other herbs for treating cancer. few people who use this herb plant for their colds and coughs, sore throat, asthma, chronic bronchitis, chronic pelvic pain syndrome, and also good for migraine headache. This healing herb also used to increase urine flow (as a diuretic), to promote relaxation (as a sedative), and to enhance sexual drive (as an aphrodisiac).

The petiole of this plant is covered with sharp teeth or spines, which can break the skin, giving the plant its common name. The fruit which is the most valuable part of this plant, as it is a food source for both humans and animals. The traditional uses of this fruit, which is in color of reddish brown or black in color, vary greatly, as the unique composition of its organic compounds make it effective for treating a number of diverse health conditions. Studies have shown a negative correlation between saw palmetto use and male-pattern baldness symptoms.

Following are some benefits of Saw Palmetto Berry which are performing different function related to your health.

Healthy Diet Tips for Men Who Want to Lose Weight