Russian Spy: Ministers to be updated on Investigation 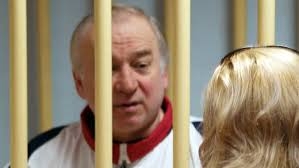 The government’s emergency committee Cobra is to be updated on the police search into the suspected poisoning of a former Russian double agent.

Sergei Skripal, 66, and his daughter Yulia, 33, have spent a third night in a critical condition in hospital after being found unconscious in Salisbury.

Scientists at the UK’s military research facility at Porton Down are examining an “unknown substance”. Met Police counter terrorism officers have extended cordons in the city.
A bridge was shut on Tuesday evening, while Salisbury’s Zizzi restaurant and The Bishop’s Mill pub remain sealed off.

Police and MI5 are still unaware of the nature of the substance administered to Sergei Skripal, 66, and his daughter Yulia, 33. The pair collapsed at a shopping centre in Salisbury on Sunday afternoon and remains in a critical condition in intensive care.