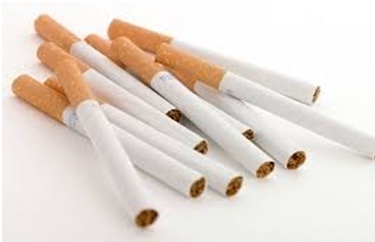 Every other person in this world knows that smoking is a bad habit. Still people get addicted to it easily. In spite of knowing all the dangers, they love to smoke regularly. Smoking doesn’t only effects you; it also affects the people around you as they inhale the second hand smoke. Smoke contains the most dangerous herb which is tobacco. It is also referred to as a chemical which is highly addictive in nature. The smokers feel incomplete without smoking which leads them to smoke daily and catch different kinds of severe diseases.

Smoking cigarettes has the most disastrous consequences that can be faced by any smoke. It has the tendency to affect almost every part of your body inside. It is believed and researched that every fifth men or women die due to smoking and catching incurable diseases such as cancer. Cigarette smoking is said to be more dangerous than HIV AIDS, drugs use, vehicle crash, alcohol usage and many others on annual basis. This can harm you more than any of the above mentioned diseases and can eventually lead you to death.

The article discusses some of the major effects that can be caused by smoking to the health of a person. They are gathered here for the knowledge of our readers. Moreover, every smoker should know about these effects too:

Cancer is known as one of the most foremost diseases that can be caused due to smoking. It has lasted up till now and is till known as the most tarnished effect related to smoking. Smoking causes one third of the deaths that take place in the universe.

The most rapid cancer that occurs due to smoking is in the lungs. All the types of lung cancers are occurred due to the excessive smoking in the world. Not only men but also women die due to lung cancer as they smoke equally as men does.

Lung cancer is not the only cancer which is caused due to cigarette smoking. There are others too which are equally deadly as the lung cancer. Other cancers which can be caused by smoking cigarettes is the cancer in bladder, larynx, mouth, pancreas, kidney, esophagus, cervix and others. Smoking can also cause some kind of known leukemia.

Respiratory diseases are mostly related to lungs. Smoking cigarettes is highly dangerous to your respiratory system. It damages every part within you with the first puff till the last puff. Chronic bronchitis is the disease which occurs when the airways are prompted by the cigarette smoke. The smoker who has the disease of bronchitis has the risk of catching contracting pneumonia and other infections.

Smoking has high effects on the heart and blood circulation system of your body. It is linked to the coronary heart diseases which is killing thousands of people around the globe. Other parts which are highly damaged by smoking are the mouth, skin eyes and others.

Smoking is severely hazardous to health. One should quit it as soon as possible.