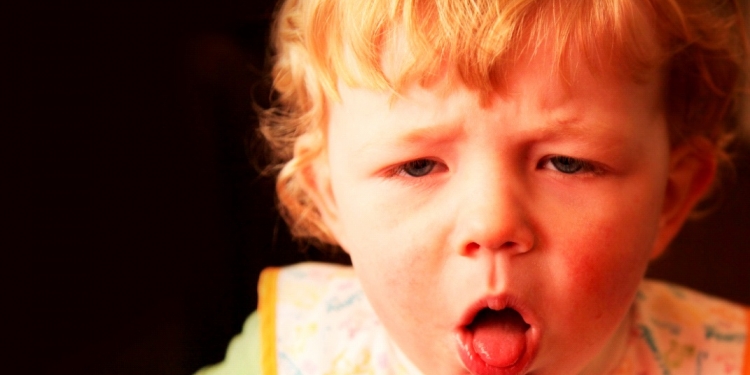 It is the infection of upper airway that results in the obstruction of breathing and sources a distinctive barking cough. Cough, as well as the other indications associated with croup, consequents due to the inflammation encompassing the:

The strange noise is produced by the swollen vocal cords when the cough tends to force the air through the narrowed passage. The sound is like the barking of a seal. Similarly, taking a breath usually makes a whistling sound. Mostly, the infection is not serious, and thus needs no medical aid. It can be self-treated at home. Though, it is advice to consult a health care provider for better assistance.

What Are The Symptoms Of Croup ?

Usually, the infection starts as a common cold. In case the patient develops more inflammation as well as coughing, he or she will produce a high-pitched barking cough. Usually, the condition worsens by:

Besides, the condition may aggravate at night time. Hoarse voice and fever are also the common signs of croup. Moreover, the breathing of the infected child can be labored or noisy. These signs associated with croup often persist for 4-5 days.

A virus infection is known to be the common trigger of croup, usually a parainfluenze virus. One may contract the virus through inhaling in the contaminated respiratory droplets that are released by the sneeze or cough of an infected person. In addition to this, particles of virus present in the droplets can land on the toys or some other surfaces, which then serves as the carrier of virus. Touching the contaminated objects and then rubbing the eyes, touching the mouth or nose, permits the virus to enter the body.

Often, the infection begins in the nasal membranes, later spreading to the larynx and trachea that is the vocal cords and windpipe. Very few children tend to develop croup, after being exposed to the virus.

What Are The Risk Factors Of Croup ?

Children between the ages of 6 months to three years are more prone to develop croup as compared to others.

What Are The Complications Of Croup ?

Many instances of the infection tend to be mild. Rarely, the airway swells to the level that it obstructs the breathing.

How Is Croup Diagnosis ?

At first, the doctor will perform a thorough physical examination. Often, the infection is detected on the basis of:

At times, tests including X-rays are needed to exclude the possibilities of some other health conditions.

How Is Croup Treatment ?

Many instances of croup are mild enough to be treated at home, with self-care measures. Rarely, there is a need for aggressive treatment. In case the signs worsen or continue for 4-5 days, then the health care provider will suggest glucocorticoid, a steroid used for easing inflammation of airway.