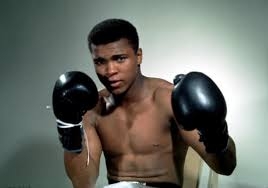 Former world heavyweight champion Muhammad Ali, whose record-setting boxing career, unprecedented flair for showmanship, and controversial stands made him one of the best-known figures of the 20th century, died on Friday aged 74.

Ali’s death was confirmed in a statement issued by family spokesman Bob Gunnell late Friday evening, a day after he was admitted to a Phoenix-area hospital with a respiratory ailment.

The cause of death or the name of the hospital where he died was not immediately disclosed.Ali had long suffered from Parkinson’s syndrome, which impaired his speech and made the once-graceful athlete almost a prisoner in his own body.

1200 Calories Diet And Some Major Advantages

1200 Calories Diet And Some Major Advantages